I can write; can't draw. All art generated by DALL-E 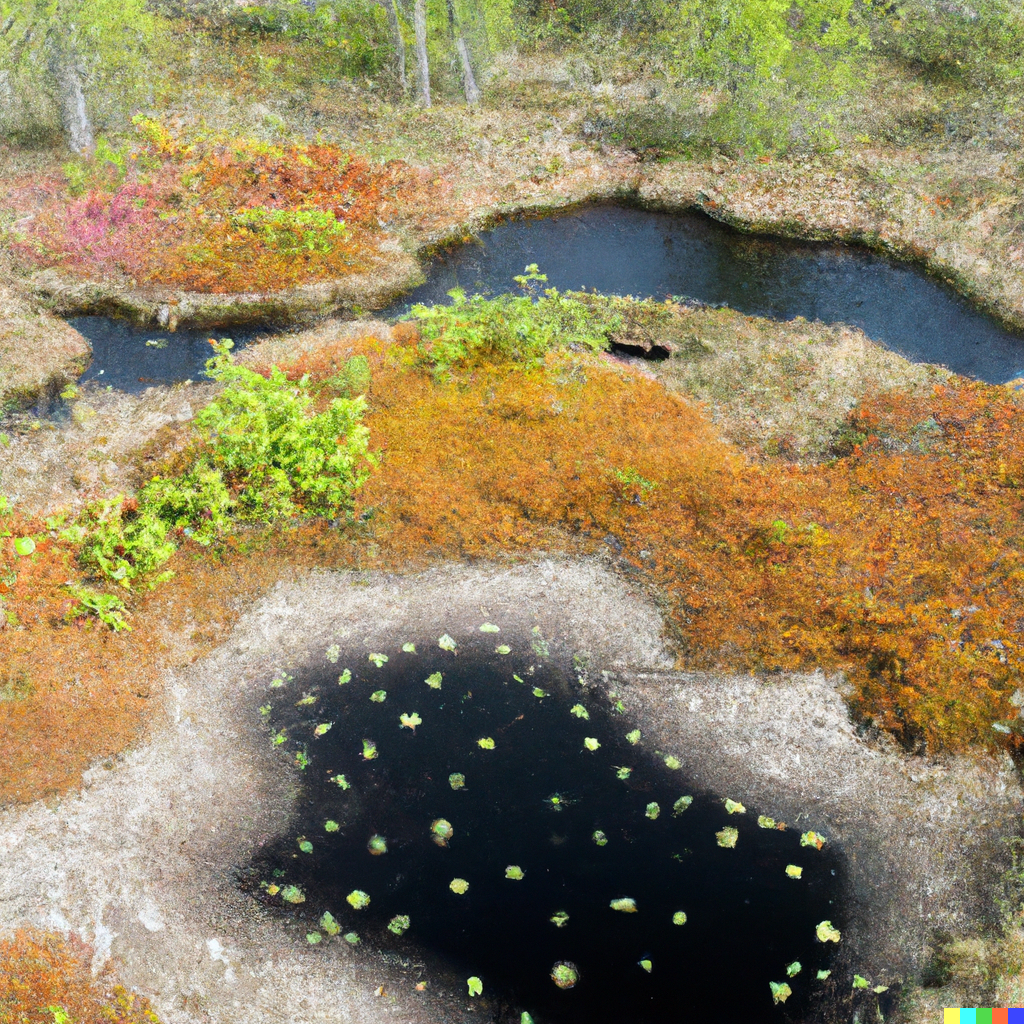 Microbes play a major role in the global carbon cycle that fuels climate change. But how microbes mayin turn respond to climate change remains poorly understood. Here, we collect data from a long-term whole-ecosystem warming experiment at a boreal peatland to address how temperature and CO2 jointly influence the functional composition of protist communities (i.e., abundant and diverse but poorly understood microbial Eukaryotes). Protists influence ecosystem function directly through photosynthesis, and indirectly through predation on decomposers (bacteria and fungi). Using a combination of high-throughput fluid imaging and 18S amplicon sequencing, we report climate-induced, community-wideshifts in protist traits linked to function (e.g., size, shape, and metabolism) and show that observed responses to warming and elevated CO2 are due to large levels of compositional turnover. Our results indicate that interactions between warming, CO2 levels, and microbial body size drive significant changesin community functional composition that could alter the overall functioning of peatland ecosystems. Surprisingly, the effects of warming on functional composition are generally reversed when associated with elevated CO2. These findings show how the interactive effects of warming and rising CO2 couldalter the structure and function of peatland microbial food webs — a fragile ecosystem that stores 25% of terrestrial carbon, is highly susceptible to climate change, and increasingly threatened by human exploitation. 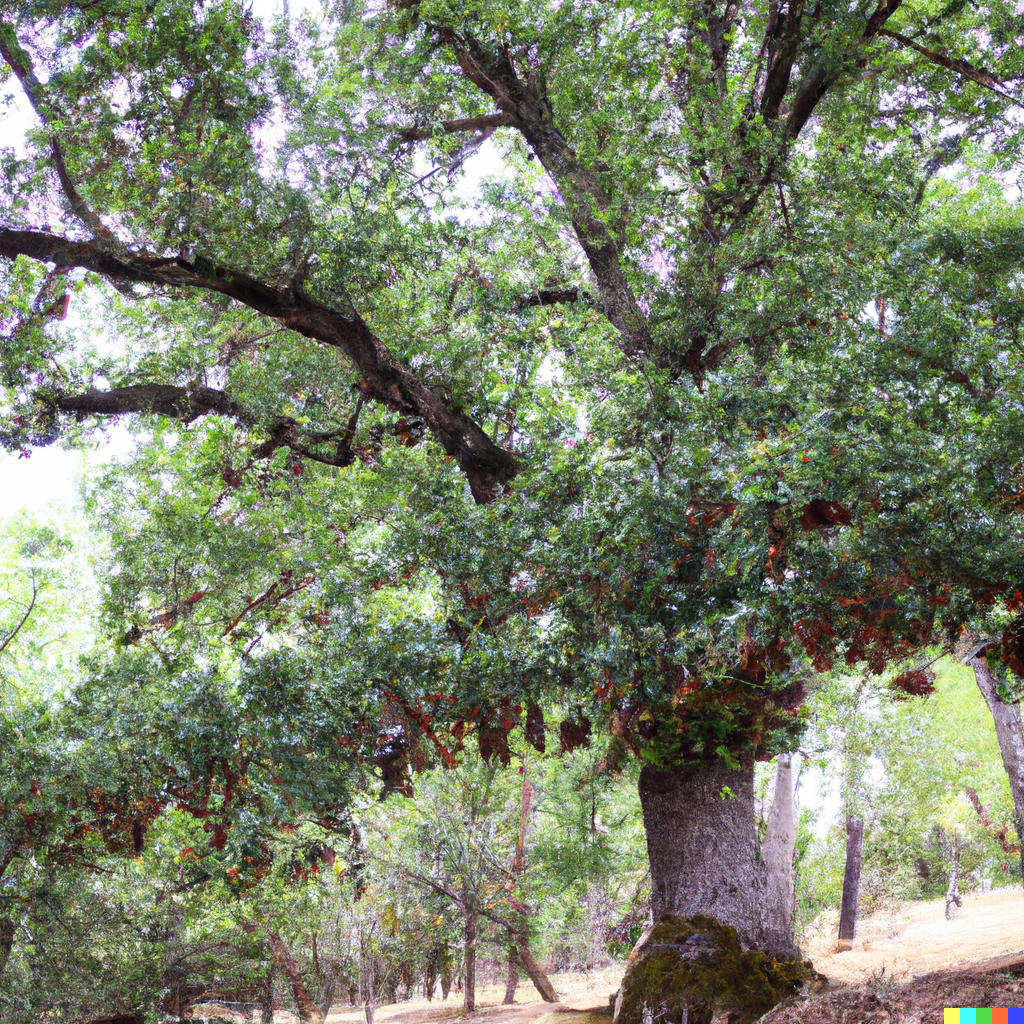 The relationships that control seed production in trees are fundamental to understanding the evolution of forest species and their capacity to recover from increasing losses to drought, fire, and harvest. A synthesis of fecundity data from 714 species worldwide allowed us to examine hypotheses that are central to quantifying reproduction, a foundation for assessing fitness in forest trees. Four major findings emerged. First, seed production is not constrained by a strict trade-off between seed size and numbers. Instead, seed numbers vary over ten orders of magnitude, with species that invest in large seeds producing more seeds than expected from the 1:1 trade-off. Second, gymnosperms have lower seed production than angiosperms, potentially due to their extra investments in protective woody cones. Third, nutrient-demanding species, indicated by high foliar phosphorus concentrations, have low seed production. Finally, sensitivity of individual species to soil fertility varies widely, limiting the response of community seed production to fertility gradients. In combination, these findings can inform models of forest response that need to incorporate reproductive potential. 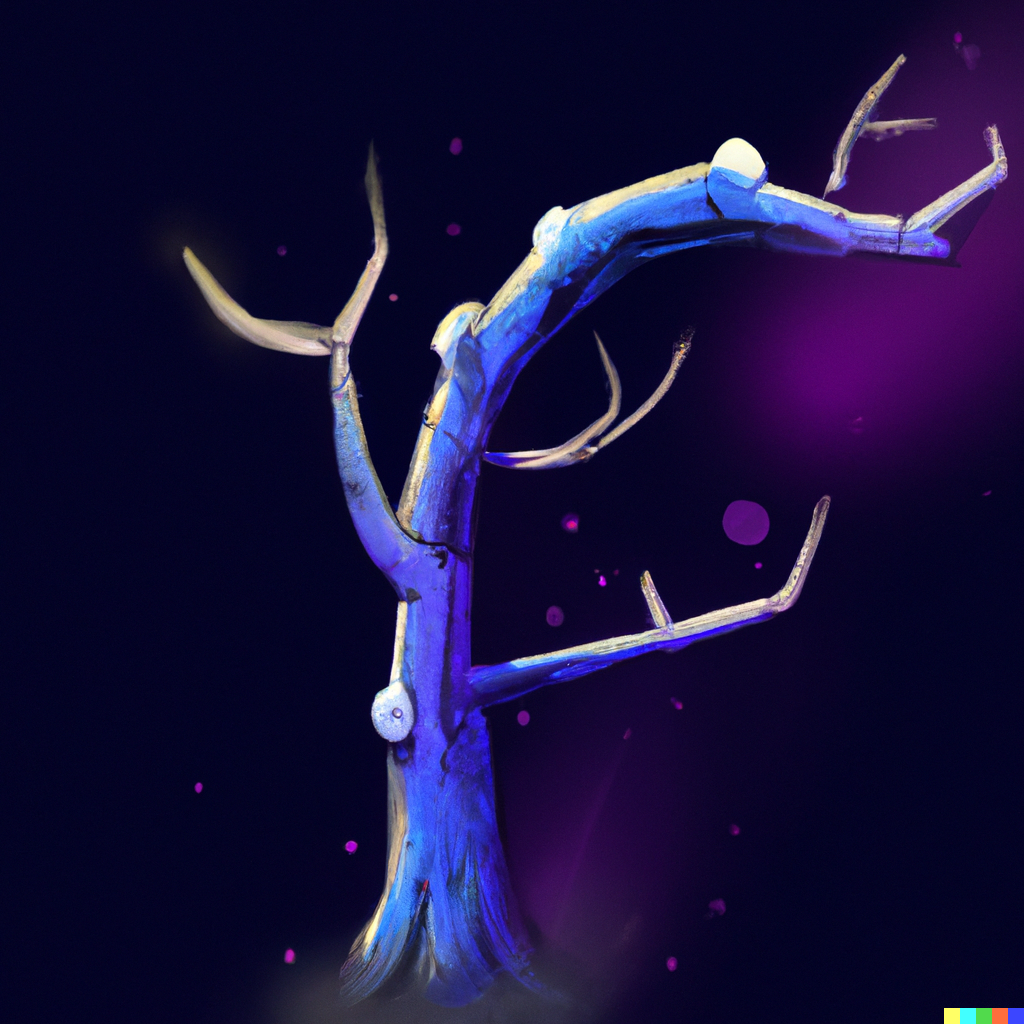 Is there tree senescence? The fecundity evidence.
Abstract

Despite its importance for forest regeneration, food webs, and human economies, changes in tree fecundity with tree size and age remain largely unknown. The allometric increase with tree diameter assumed in ecological models would substantially overestimate seed contributions from large trees if fecundity eventually declines with size. Current estimates are dominated by overrepresentation of small trees in regression models. We combined global fecundity data, including a substantial representation of large trees. We compared size–fecundity relationships against traditional allometric scaling with diameter and two models based on crown architecture. All allometric models fail to describe the declining rate of increase in fecundity with diameter found for 80% of 597 species in our analysis. The strong evidence of declining fecundity, beyond what can be explained by crown architectural change, is consistent with physiological decline. A downward revision of projected fecundity of large trees can improve the next generation of forest dynamic models. 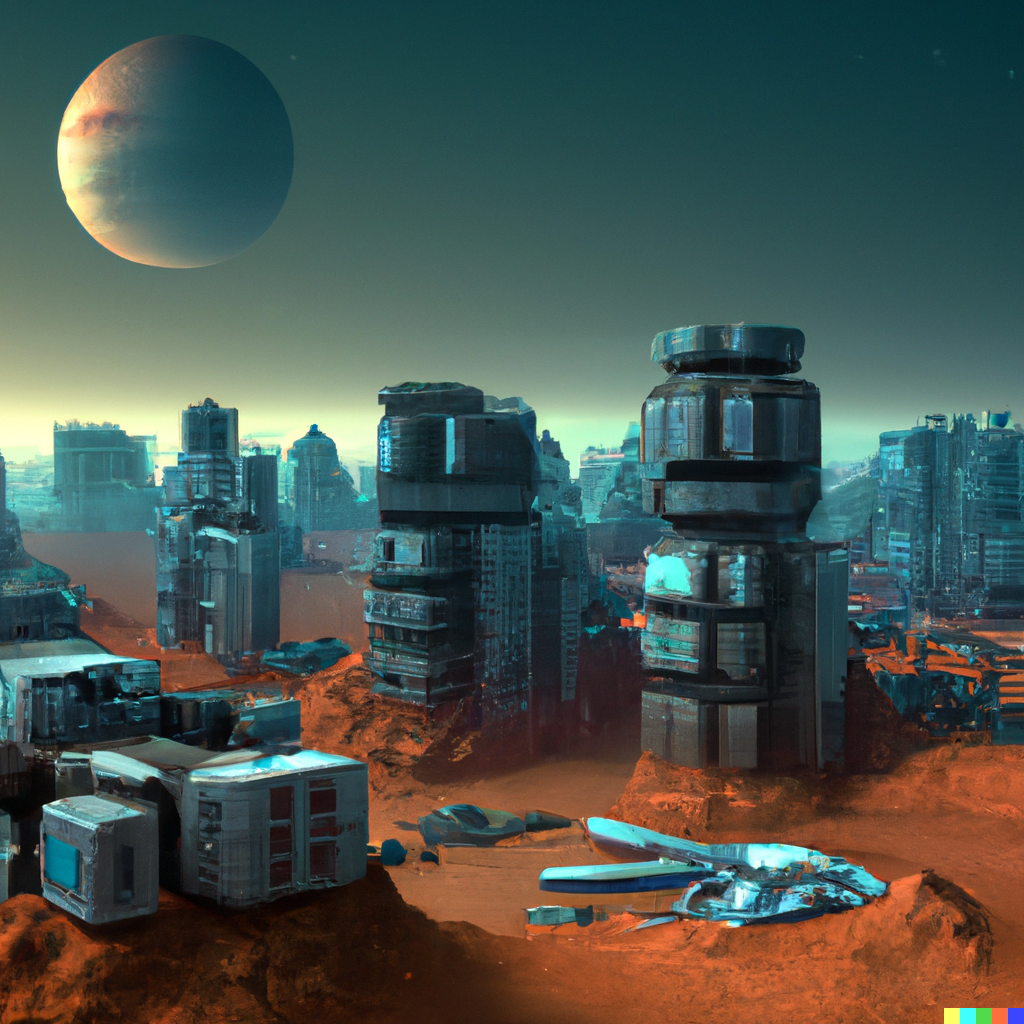 Concrete investments towards the new Martian era features a range of public and private actors.
In 2021, missions by the national governments of the United States, China, and the United Arab
Emirates have successfully delivered orbiters, rovers, and other equipment to explore Mars, and other
countries may follow. Companies such as Virgin Galactic, Blue Origin, and SpaceX are competing to
access and develop outer space. Ambitious visions—from commercial space tourism in low Earth orbit,
to the industrial mining of valuable elements beyond Earth, to the establishment of self-sustaining
settlements on Mars and beyond—fuel activity in space. The possibility that a “Martian migration” may
be attempted in the near future stimulated our team to investigate what kinds of social, cultural,
economic, legal, health and environmental arrangements would be needed if humans go to Mars to stay. Our team project has produced several student-authored research papers, which appear as the
main chapters of this report. In this executive summary, we highlight four central points. First, the
challenge of settling Mars is not only scientific and technical (though those are clearly crucial, and they
imply key conditions and limitations for any settlement), but also social. Study and deliberation are
needed on the social, cultural, legal, and political arrangements for successful human and environmental sustainability on Mars (and its interactions with Earth). Second, the range of these issues involved in a Martian migration is multidisciplinary, requiring ongoing collaboration among diverse subject-matter experts, generalists, and scholars from across the sciences, social sciences, law, policy, and arts and humanities. Third, institutions seeking the success of humans migrating to Mars ought to foster such multidisciplinary collaboration by engaging a diverse range of expert and non-expert involvement and overcoming barriers that often stand in the way of effective collaboration, given differences in the cultures of knowledge acquisition, communication and deliberation. If humanity is to settle Mars, we must face basic questions of organizing a new society. We must learn from our history on Earth to do better at social organization in a new world, while addressing the novel risks and rewards we would encounter there. Fourth, even if humans never go to Mars, studying how we would do so can offer a useful thought experiment and exercise in shared deliberation for how we could improve our evolving and imperfect social institutions on Earth. 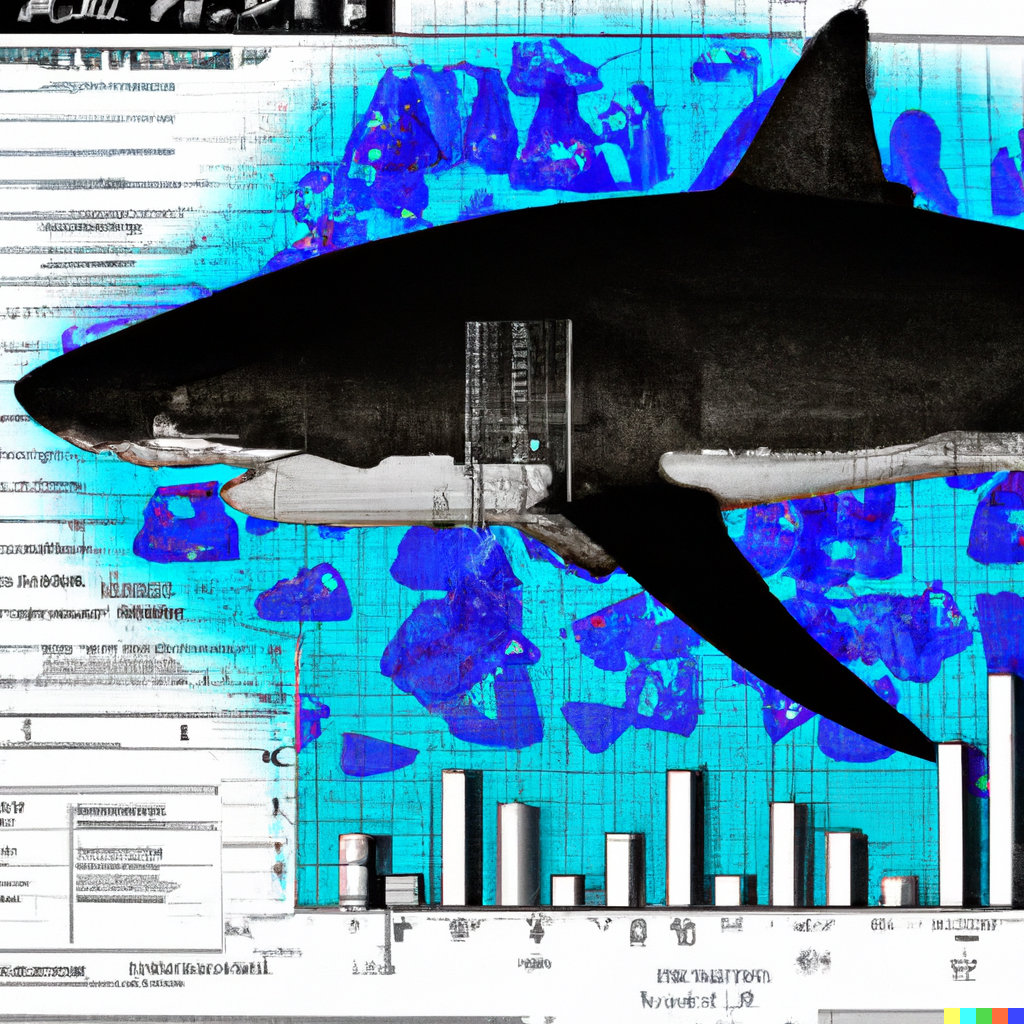 Far expanses and legal ambiguities make the high seas—ocean beyond national jurisdiction—extremely difficult to govern and monitor. This has led to over-exploitation and high rates of illegal, unreported and unregulated fishing (IUU), which, by its very nature, is extraordinarily difficult to quantify. We propose a novel application of a tried and true Bayesian model to estimate IUU fishing from landed market catch. We conclude that between 2006-2018, insufficient oversight led to the unreported catch of more than a half-million endangered or threatened sharks on just 5% of all fishing activity in the Eastern Pacific Ocean (EPO). Extrapolating to the full EPO, our results imply that illegal catch of approximately 10 million protected sharks has gone unreported over 13 years. To prevent further IUU fishing, nations will need to improve monitoring and data collection programs while hardening catch limits for these threatened species. 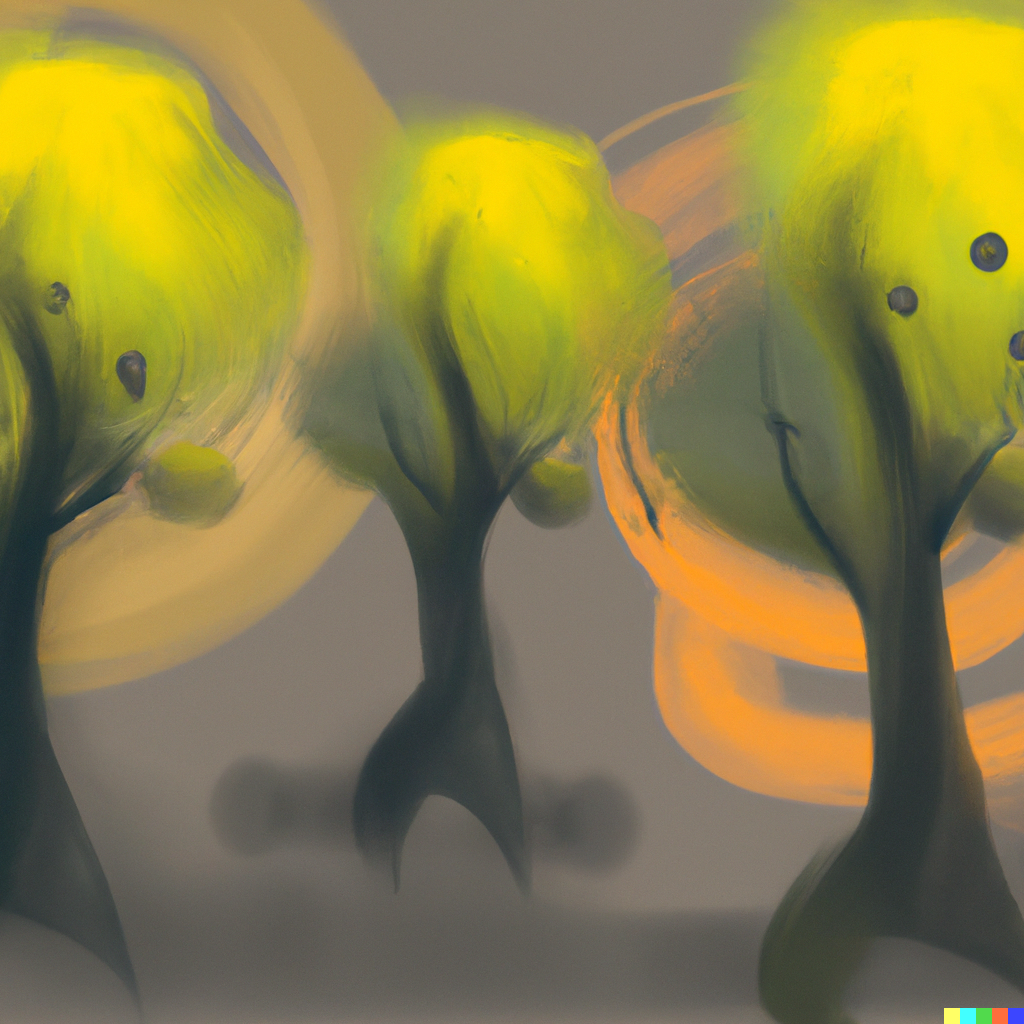 North American tree migration paced by climate in the West, lagging in the East.
Abstract

Tree fecundity and recruitment have not yet been quantified at scales needed to anticipate biogeographic shifts in response to climate change. By separating their responses, this study shows coherence across species and communities, offering the strongest support to date that migration is in progress with regional limitations on rates. The southeastern continent emerges as a fecundity hotspot, but it is situated south of population centers where high seed production could contribute to poleward population spread. By contrast, seedling success is highest in the West and North, serving to partially offset limited seed production near poleward frontiers. The evidence of fecundity and recruitment control on tree migration can inform conservation planning for the expected long-term disequilibrium between climate and forest distribution. 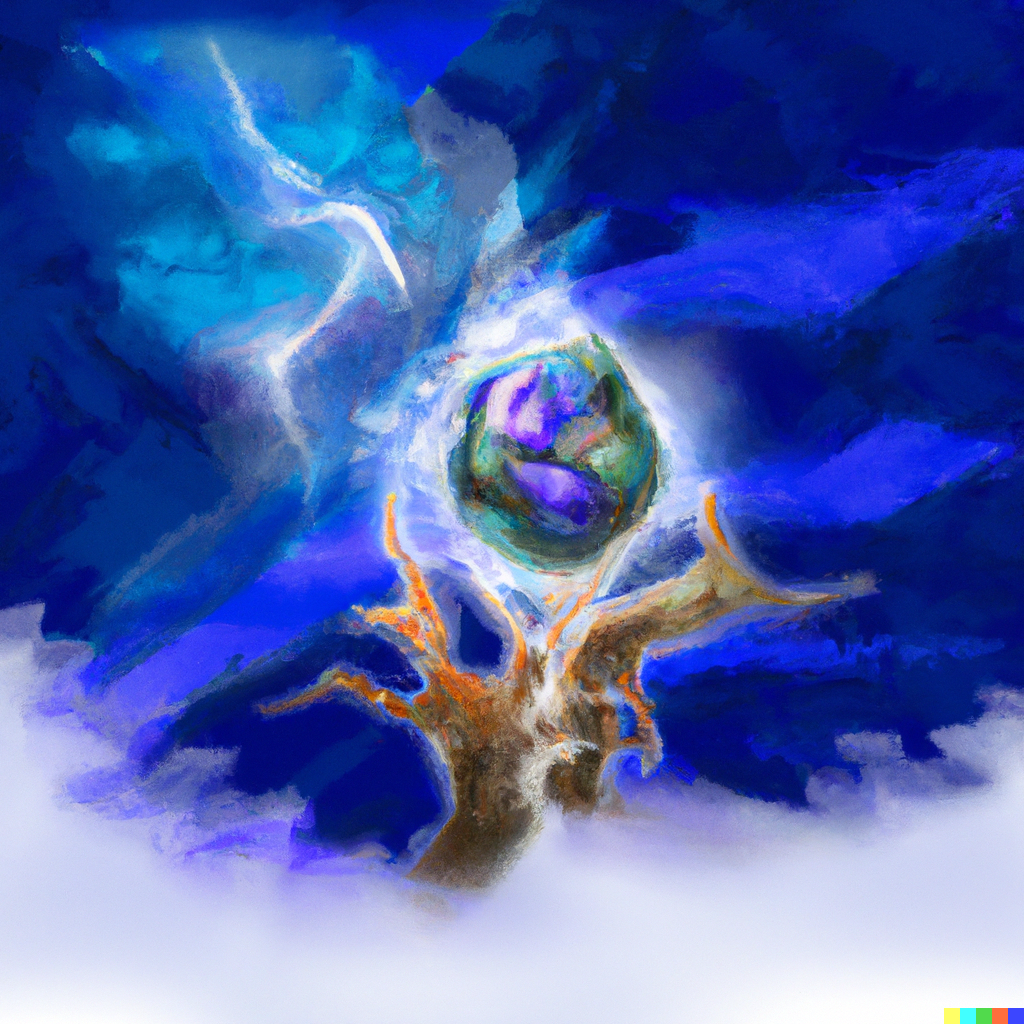 Indirect climate effects on tree fecundity that come through variation in size and growth (climate-condition interactions) are not currently part of models used to predict future forests. Trends in species abundances predicted from meta-analyses and species distribution models will be misleading if they depend on the conditions of individuals. Here we find from a synthesis of tree species in North America that climate-condition interactions dominate responses through two pathways, i) effects of growth that depend on climate, and ii) effects of climate that depend on tree size. Because tree fecundity first increases and then declines with size, climate change that stimulates growth promotes a shift of small trees to more fecund sizes, but the opposite can be true for large sizes. Change the depresses growth also affects fecundity. We find a biogeographic divide, with these interactions reducing fecundity in the West and increasing it in the East. Continental-scale responses of these forests are thus driven largely by indirect effects, recommending management for climate change that considers multiple demographic rates. 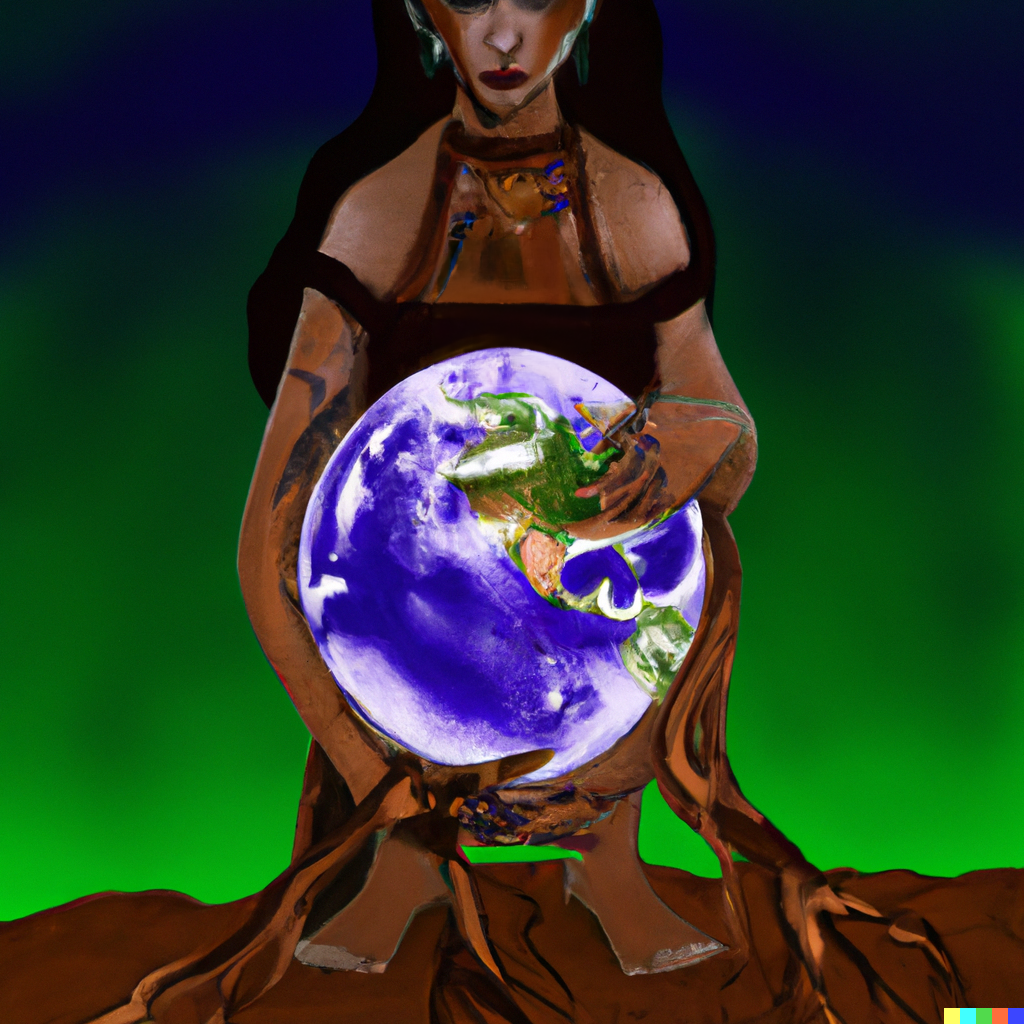 Rapid acidification of the oceans; Deaths of migrants around the world, especially at sea; Increased prevalence of drought; Increased preva- lence of destructive weather; Riots and civil wars; Increased levels of pov- erty globally; Loss of species at rates not seen since the last great extinction 66 million years ago.All of these global challenges share a common root. Human separation from nature, a product of the dualism1 which pervades Western conscience, leads to the corrosion of our conscience and the environmen- tal degradation rampant on Earth today. While not an American Philosopher—and not associated with Pragmatism—Karl Marx understood the intimate relationship between Homo sapiens and nature, and the necessity of right relationship with nature. For Marx, nature provides the frame- work for the flourishing of species-being, dialectical materialism, and the elimination of alienation. It fosters the creativity and curiosity of man in a fashion analogous to art for Dewey. Marx shared the same concern that the American philosophers Emerson, Thoreau, James, and Dewey held over the destruction of nature; destruction of nature correlates with and reflects the corruption of our human conscience. Further, Marx’s modes of think- ing and proposed solution—true communism—channel the pragmatic method. While all the people mentioned genuinely seek to reunite man with nature harmoniously, Native American cultures most exemplify the fruits of harmony with nature; the current state of environmental degrada- tion and rise of global poverty reveals the dangers of dissonance. While a return to indigenous living reflective of the Native American life will never be feasible, the rising field of Sustainable Development offers a pragmatic solution to our current crises. 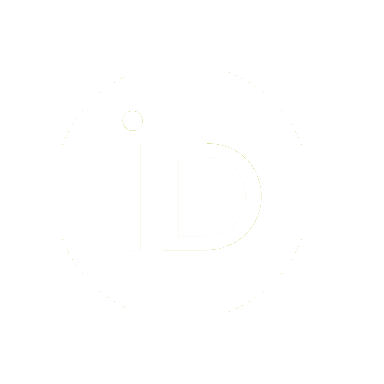 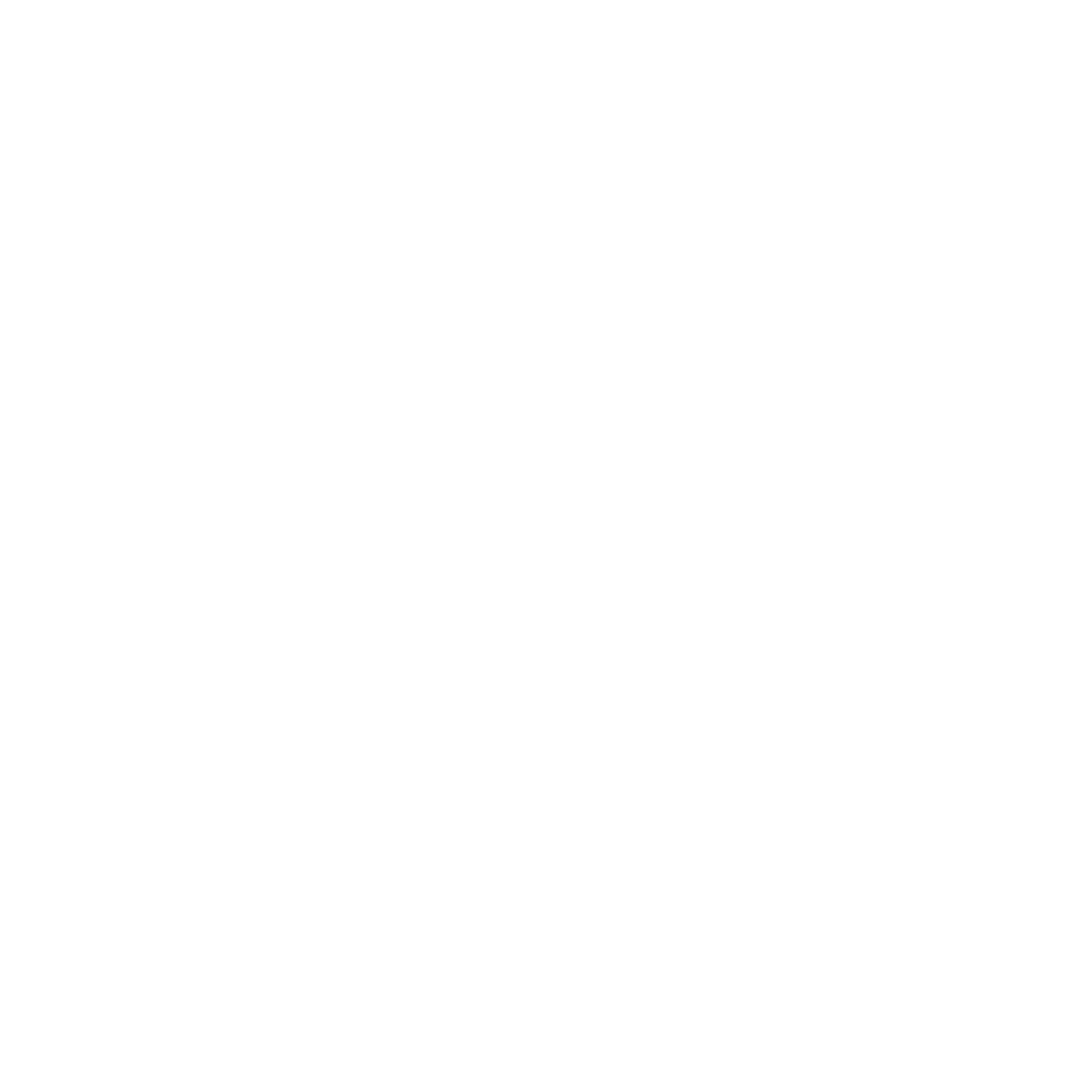